You are in : All News > American Cleaning Institute slams PVA regulation petition a “misinformation campaign” 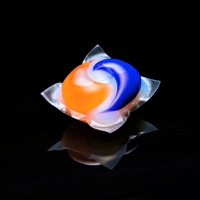 18 Nov 2022 --- A petition led by Blueland and Plastic Pollution Coalition is urging the Environmental Protection Agency (EPA) to regulate the use of polyvinyl alcohol (PVA) in consumer packaged goods, including all laundry detergent pods and sheets. In response, the petitioners have received a “misinformation campaign” claim from American Cleaning Institute (ACI).

“It is ironic that the ACI is calling our request to the EPA ‘misinformation,’ while it continues to lean on clearly biased industry-produced research to make its case for continued production (and pollution) of PVA and other harmful plastics,” Plastic Pollution Coalition tells us.

Regarding the biodegradability claim of the polymer, Blueland adds: “No one, including ACI, has refuted the fact that PVA is a petroleum-based plastic. [ACI’s] argument hinges on misleading claims of biodegradability and falls short as they rely only on studies that evaluate PVA exclusively in a lab setting that is created to support the very specific conditions to biodegrade PVA – conditions that do not exist in most WWTPs [wastewater treatment plants].”

The petitioners outline a lack of “unbiased, dedicated research on the human and environmental health effects of PVA,” drawing attention to the discovery of the chemical in human breastmilk and the need for the EPA to conduct a safety check.

“What’s more, PVA and all other plastics are disproportionately produced in facilities intentionally placed in underserved low-income, rural and BIPOC communities. This intentional poisoning of certain communities results in widespread health and environmental injustice, which the EPA has recently agreed to double down on,” Plastic Pollution Coalition underscores.

Polyvinyl alcohol (PVOH, PVA or PVAl) is a water-soluble synthetic polymer.“Producers of PVA release large quantities of greenhouse gasses during manufacturing, in addition to toxic chemicals known to cause human health problems – like methanol and often PVA is combined with butyraldehyde to make PVB, another type of plastic, in the same facilities as PVA.”

The 2022 study used a series of investigative methods to discover a “significant variability” of PVA in the presence of competent degraders in samples of river water. It concluded that, “Research is needed to overcome this variability and develop a standardized, reproducible test method to accurately assess polymer mineralization in river water.”

However, Blueland informs us that these research studies do not substantiate that PVA will biodegrade in end-of-life scenarios. “The first paper, Biodegradability of Polyvinyl Alcohol Based Film Used for Liquid Detergent Capsules, is written by employees of Monosol, Henkel, P&G and other members of the International Association for Soaps, Detergents and Maintenance Products (AISE), all of whom have a vested interest in PVA.”

“The methods used in this study were also very specific lab conditions. The study acknowledges: ‘it is critical that we continue to evolve test methods to better predict actual environmental conditions,’ further supporting the need for proper substantiation around PVA’s biodegradability,” the company continues.

PersonalCareInsights has reached out to P&G for a comment and has yet to receive a response.

Meanwhile, Unilever – who was also listed by Blueland as a funding member of ACI, tells us, “Unilever is a member of the [ACI] and is aligned with their science-based analysis of PVA-based water-soluble films. The films that we use in our laundry and dishwasher capsules meet rigorous standards to ensure they fully dissolve and biodegrade after use as per the internationally recognized OECD biodegradation test protocols.”

Pods in EPA’s court
Plastic Pollution Coalition claims that according to EPA standards if 60% of carbon in a substance is degraded in 28 days, it passes the OECD 301 and can be called “readily biodegradable.”Research shows that over 75% of plastic pods just from laundry and dishwasher detergents remain intact throughout conventional wastewater treatment and may persist in our environment, Blueland shares.

“PVA itself is not biodegradable by the common definition of biodegradability – instead, it is a synthetic polymer commonly mixed with degradable additives, such as plant starches and proteins, or even nano-sized clays and metals. The presence of other substances can appear to make PVA disappear in water—though, in reality, it does not easily do so.”

“Think about what happens to salt or sugar when you mix it in water: Just because you can’t see each tiny grain of salt or sugar in the water, doesn’t mean they don’t exist,” the non-profit organization elucidates.

Furthermore, it explains that health-related research on synthetic polymer has “almost exclusively” been conducted on animals such as rodents and dogs. “Despite apparent missing data on PVA’s short-term and long-term human health effects, makers of PVA advise on their safety information sheets that their employees avoid breathing in, touching, consuming and otherwise coming into contact with PVA.”

As such, the petition – joined by Made Safe, Beyond Plastics, Plastic Oceans International, 5 Gyres, Lonely Whale, Shaw Institute and other NGOs fighting plastic pollution – calls on the EPA to “take swift and urgent action to study the full ecological and health impacts of PVA to best protect people and our planet from potential harm.”

EPA spokesperson previously told PersonalCareInsights that the organization “will review and respond to the petition.”

Croda is highlighting that the home care sector has become one of the most promising areas for biotechnology innovation within the industry in a newly released report.... Read More

Samsung and Patagonia have unveiled the Less Microfiber Cycle and Filter as the latest tech developments for washing machines. The two companies have been working to... Read More

Henkel has signed an agreement with Shell Chemicals for a five-year collaboration to replace fossil feedstocks used in manufacturing surfactants with feedstocks based on... Read More

This week in personal care news, Forma Brands, the parent company of Morphe, filed for Chapter 11 in the US Bankruptcy Court for the District of Delaware, and its... Read More