You are in : All News > CROWN Coalition Act: Massachusetts enforces prohibition of hair-based discrimination in schools and workplaces 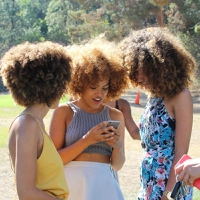 04 Aug 2022 --- Massachusetts is the most recent US state to outlaw discrimination against individuals based on their natural hair and protective hairstyles from schools and employers. The CROWN (Creating a Respectful and Open World for Natural Hair) Coalition Act prohibits discrimination in the workplace based on the use of natural or protective hairstyles, which include twists, locs, braids and bantu knots.

The state will apply this law by joining the CROWN Coalition. This national alliance stipulates that no school district, school committee, public school or nonsectarian school shall create or implement any rule or code that restricts or outlaws natural hairstyles.

The alliance was founded by Dove, the National Urban League, the Western Center on Law & Poverty and Color of Change.

“We are glad to see Massachusetts enact the CROWN Act,” says Esi Eggleston Bracey, president at Unilever US and CEO of North America Personal Care.

“Now Massachusetts residents are free and protected against harmful policies that prevent educational or employment opportunities based on natural or protective hairstyles. This brings us to 18 states that have enacted The CROWN Act or legislation inspired by the CROWN Act and we continue to advocate for the passing of federal legislation in the US.”

Massachusetts is the newest state to outlaw discrimination against people because of their natural hair and protective hairstyles.The bill was initially introduced by representative Steven Ultrino, who was joined by representative Chynah Tyler, senator Adam Gomez and senator Sal DiDomenico.

“Dove is a leader of the CROWN Act movement and on behalf of the CROWN Coalition, we thank and applaud representative Ultrino for his championship of The CROWN Act in Massachusetts and Governor Baker for signing this critical legislation into law,” adds Bracey.

The bill is now on its way to the Senate, which will be reviewed by democratic senator Cory Booker of New Jersey. Under Titles VI and VII of the Civil Rights Act of 1964, the Fair Housing Act, and other Federal civil rights laws, these natural hairstyles would be protected.

According to Dove research, Black women are 1.5 times more likely to be sent home from work due to their hair, and 80% of them are more likely to declare that they have to change their hair from its natural form in order to fit in at an office.

The need for natural hair care products
Industry players have been expanding their product ranges to promote inclusivity for textured hair. UK-based Imbue recently expanded to the US to offer its natural hair product line, which includes styling products.

Last April, Wella Company, a hair, nail and beauty technology company, purchased Briogeo, “one of the largest independent Black-owned companies in the US,” to spur growth and broaden its offering of ecologically friendly natural hair care products.

In other developments, Recipe Products, the owner of Curlsmith, was purchased by Helen of Troy’s subsidiary for US$150 million. Products from Curlsmith are made exclusively for curly and wavy hair types. Additionally, haircare brand SheaMoisture previously noted that customers with hair types ranging from 3B to 4C need moisture-retaining products.

Beauty made accessible with tech innovations by Panasonic, Nuface and GLO24K

The latest innovations in the beauty tech space include Panasonic’s hair dryer that employs “nanoe” technology and an oscillating quick-dry nozzle, a... Read More

This week in personal care news, Azelis expanded its personal care presence in Southeast Asia through a distribution arrangement with Green Mountain Biotech. For its... Read More