You are in : All News > DSM to scale “revolutionary” bio-based vitamin A, application testing for cosmetics begins 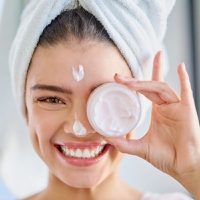 28 Jun 2022 --- Royal DSM has begun cosmetics customer sampling for its fully bio-based vitamin A, an initial step before the commercial-scale production and full launch in 2023. The initial output is intended for the personal care market as there is increasing consumer demand for renewable and high-performance vitamin A.

“The moment when we were able to isolate vitamin A out of a bio-broth, with a purity profile similar to the current product, we realized we had something revolutionary at hand,” Ronald Gebhard, VP of biosciences and process innovation at DSM, tells PersonalCareInsights.

“Drawing upon nature and our scientific heritage, we are radically transforming how vitamins are made.”

“Until now, the only way to meet the growing demand for vitamin A has been to build new multi-step chemical production facilities requiring more finite resources. DSM’s new bio-based process will significantly reduce the carbon footprint and waste of vitamin A manufacturing, while still producing the top-quality customers expect,” adds Joerg von-Allmen, VP, vitamins category management at DSM.

Sky-rocketing demand
Vitamin A is an essential ingredient for good health, immunity and digestive systems. For skincare, it is known as retinol. It is one of the most effective ingredients against signs of aging, popularly used to reduce fine lines, wrinkles, blemishes and increase collagen production. 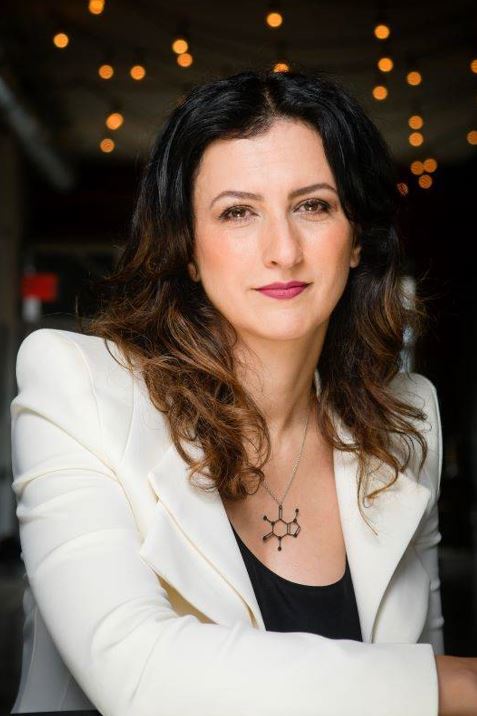 Parand Salmassinia, VP of personal care and aroma at DSM.

“Vitamin A is one of the most in-demand and trusted cosmetic ingredients on the market and is already in used in a number of personal care product categories,” Parand Salmassinia, VP of personal care and aroma at DSM, tells PersonalCareInsights.

“We are seeing an overwhelmingly positive response and look forward to commercializing this innovation in the personal care industry next year.”

“The innovation will help DSM’s customers lead their product categories in (environmental) sustainability, offering a considerable contribution to their climate change actions and net-zero goals.”

Salmassinia hopes that the innovation will offer brands, especially in facial skincare, the opportunity to offer consumers more choices that align with their values.

“Retinol, specifically, enjoys high awareness among consumers thanks to its trusted image and superior efficacy and we expect a rise of retinol-based products,” she says.

“Vitamin A is one of the most in-demand and trusted cosmetic ingredients on the market, and we will now be able to offer an alternative with significant environmental advantages,” she continues.

Notably, DSM says applications for the nutritional markets will soon be underway.

Environmental “breakthrough”
DSM’s bio-based vitamin A is made via a specially developed strain of yeast that converts a renewable carbon source into vitamin A. This process was refined and scalable due to collaboration across its facilities in Lexington and Columbia, US; Delft, Netherlands; Grenzach, Germany; Kaiseraugst and Sisseln, Switzerland.

“Bio-based vitamin A is produced by a nature-inspired process using yeast that converts bio-based carbon into vitamin A. The yeast is genetically optimized to produce the product efficiently and at high purity but is removed from the final product. The starting raw material is from renewable plant crops source locally,” explains Gebhard.

Gebhard says that by developing a nature-inspired process based on renewable raw materials, DSM reduces waste and greenhouse gas emissions, making a considerable step towards the NetZero50 ambitions of the company and of its customers.

“As a vocal climate action advocate in this field, we expect this breakthrough to trigger all vitamin A manufacturers worldwide to reconsider how they will invest in accelerating the transition to a healthier future for people and the planet away from the traditional chemical processes that are based on finite resources,” underscores von-Allmen.

Alongside DSM, Capra Biosciences recently raised US$1.8 million in a pre-seed funding round to expand its patented bioreactor technology for making petrochemical replacements. Its first product, retinol, is close to naturally occurring retinol as the company uses biology instead of fossil fuels to produce a 100% petroleum-free retinol. Ronald Gebhard, VP of biosciences and process innovation at DSM.

Manufacturing vitamin A at scale was made possible via a scientific discovery in 1947 at Hoffmann-La Roche, of which DSM acquired the vitamins business in 2003.

DSM markets itself as the leading producer of vitamin A, with its facility in Sisseln, Switzerland, from which the ingredient is applied to human and animal health products, personal care and cosmetics products and food and feed.

The bio-based vitamin A is to be offered with DSM’s existing nature-identical synthetic products to allow customer choice between the two.

DSM in the spotlight
Last month, Netherlands-based DSM planned to merge with Firmenich to form DSM-Firmenich by the first half of 2023. DSM-Firmenich is expected to benefit from complementary capabilities across fragrance, taste, texture and nutrition, fueled by world-class science.

In other vitamins, DSM eyed Calcifediol – the active form of vitamin D – which can play a significant role in immunity and health, paving the way for innovation across industry, according to DSM.


From century-old roots as the Dutch State Mines, DSM has evolved into a purpose-led science company numbering 23,000 people worldwide and specializing in solutions for Nutrition, Health & Sustainable Living. Our purpose is to create brighter lives for all-which is why we’re proud that our name has assumed a new meaning among our people in recent years: Doing Something Meaningful.

Mondi is collaborating with Dow to develop new, recyclable secondary packaging for Essity’s feminine care products, aiming to limit the use of fossil-based... Read More

With the certification of BASF’s production site in Cassina Rizzardi, Italy, BASF is the “first” chemical company to offer certified environmentally... Read More