You are in : All News > EC consults public on new hazardous chemical classes for protecting human health and environment 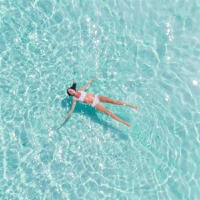 28 Sep 2022 --- The European Commission (EC) is expressing its desire to hear public views on dangerous chemicals to raise the standard of cosmetics safety. It has opened a consultation on a draft Delegated Regulation on the new hazardous chemical classes and criteria to be added to the Classification, Labelling and Packaging (CLP) 1272/2008 Regulation.

The need to insert hazard classifications is justified as adapting to the technical and scientific progress, aiming to better protect consumers, vulnerable groups and workers from the most harmful chemicals, while targeting zero chemical pollution in the environment. This is noted to be a primary commitment under the chemicals strategy for sustainability – a building block of the European Green Deal.

The consultation began on September 20 and will be open till October 18 at midnight Central European Time, after which the EC adoption can initiate. Delegated acts are subject to adoption by the EC “based on a delegation granted in the text of an EU law” that does not change the essential elements of the law.

This initiative falls under Registration, Evaluation, Authorisation and restriction of Chemicals (REACH) and CLP. The CLP Regulation aims to ensure “a high level of protection of human health and the environment, and the free movement of substances, mixtures and certain articles.”

Science shows support
Based on experience and scientific knowledge gained in identifying endocrine-disrupting properties of substances under Regulation 1907/2006, the draft underscores a need to introduce new hazard classes in the CLP Regulation.The consultation will be open till October 18.

“The European Green Deal sets out the goal to better protect human health and the environment as part of an ambitious approach to tackle pollution from all sources and move toward a toxic-free environment,” adds the draft.

It is stresses that hazard classes should reflect the current state of science.

Toxic for health and environment
The draft states that substances and mixtures with endocrine disrupting properties can lead to certain human disorders, such as congenital disabilities, developmental, reproductive or neurodevelopmental disorders, cancer, diabetes and obesity, with an increasing incidence in children and adults.

Substances with PBT or vPvB are a “high concern as they do not easily break down in the environment and tend to accumulate in living organisms across the food web,” flags the draft.

“Accumulating those substances in the environment is difficult to reverse, as the emission does not readily cease by lowering their concentration, and the effects of this accumulation are often difficult to predict in the long-term.”

The accumulating toxic substances are at risk of entering the water cycle, which can spread long distances. It is highlighted that wastewater treatment processes at drinking water facilities can only partly remove these toxic substances, despite advanced purification processes.

Furthermore, PMT and vPvM substances and mixtures are flagged as displaying similarities and differences based on the toxicity criterion.

The draft thus suggests creating “two separate hazard classes, each with its criteria, while establishing common rules for the scientific assessment of the intrinsic properties related to persistency and mobility.”

The draft also highlights the importance of including classification criteria for M/vM that relate to the log Koc (soil adsorption coefficient) value.

The draft proposes the creation of two categories of endocrine disruptors.

“The Koc value is the organic carbon-water partition coefficient and reflects the ability of a substance to be adsorbed on the organic fraction of solid environmental compartments such as soil, sludge and sediment, and is therefore inversely related to the substances’ potential of entering into groundwater,” outlines the draft.

However, the draft suggests that the suppliers should have the possibility of applying the new classification and labeling provisions before the date of application.

EC Regulation update
This month the EC ramped up its restrictions on cosmetic substances classified as carcinogenic, mutagenic or reprotoxic, with additions and amendments to its existing regulations. Regulation 2022/1531, which outlines the substances, has been published to amend Annex II, III and V of the Cosmetics Regulation EC 1223/2009.

Another new proposal by the EC lists 56 ingredients to be added to Regulation 1223/2009, summing up more than 80 fragrances, individually required to be declared as allergens “if their concentration exceeds 0.001% in leave-on products and 0.01% in rinse-off products.”

EC has brought this amendment to the the World Trade Organization, highlighting its objective of protecting human health.

The latest business developments in the beauty industry include acquisitions by key suppliers expanding their activities in skincare ingredients, hair solutions and home... Read More

Roelmi Health and Personal Care (HPC) has expanded its ExceptionHYAL brand with Blossom and Wink, two ingredients designed to meet the need for moisturization in various... Read More

Soak in your salts: Delving into the biological role of Dead Sea water in skin health

Nourishing water sourced from the Dead Sea – renowned for its wealth of skin health-promoting variables – is further being investigated for its unique... Read More