You are in : All News > Triclosan found in toothpaste and cosmetic products could trigger gut inflammation, flags study 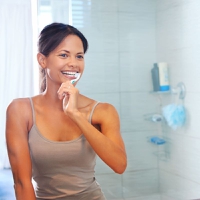 12 Jan 2022 --- Triclosan (TCS), a high-volume chemical used as an antimicrobial ingredient in consumer products, such as toothpaste and cosmetics, may induce colitis and have a harmful impact on the gut microbiome. Colitis is an inflammation of the inner lining of the large intestine – colon.

This is according to a mouse study from the University of North Carolina, the University of Massachusetts Amherst and Hong Kong Baptist University. The researchers found that specific bacteria and enzymes triggered triclosan’s harmful effects.

Additionally, studies in mice suggest these bacterial enzymes can be blocked from driving intestinal damage.

The study provides new clues about the management of Inflammatory bowel disease (IBD) among the growing number of people diagnosed with the disease. IBD can be managed for long periods, but it can flare up out of seemingly nowhere.

The researchers note that previous research has shown triclosan’s toxicity, but the new study published in the journal of Nature Communications provides a closer look at the changes caused in the gut’s microscopic population.

“By identifying the culprit bacteria, new approaches could be developed for the diagnoses, prevention and treatment of inflammatory bowel diseases,” adds Matthew Redinbo, chemistry and microbiology professor at the UNC-Chapel Hill College of Arts & Sciences and UNC School of Medicine.

After identifying which bacterial proteins were harmful to the gut, the team used a microbiome-targeted inhibitor to block triclosan processing in the gut. Blocking this process in mice prevented damage to the colon and symptoms of colitis.

Study authors suggest the need for a better understanding of the impact of environmental chemicals on gut health.

However, in 2016, the Food and Drug Administration ordered it to be removed from handwashing products used in homes and hospital settings because of concerns it contributed to more resistant bacteria.The researchers found that by reactivating triclosan in the mouse gastrointestinal tract, microbial enzymes caused colitis.

“We previously reported that exposure to triclosan at human exposure relevant doses increases the risks of colitis and colon cancer in mouse models,” adds Zhang.

“After the publication of this paper, in 2019, Colgate removed TCS from its products through TCS remains approved by the FDA to use in toothpaste products and other products.”

Triclosan appears to be readily absorbed in the gastrointestinal tract, leading study authors to conclude, “the safety of triclosan and related compounds should be reconsidered given their potential for intestinal damage.”

But triclosan remains a prevalent ingredient added to cosmetics, yoga mats, athletic clothes and gear to reduce bacterial contamination. It’s also routinely used in many kinds of toothpaste – with FDA approval – since it has been found to prevent gingivitis.

Previously, Whole Foods Market stated that triclosan, among other ingredients such as parabens and microbeads, were banned from its beauty and baby care products. This move was made to meet clean beauty claims.

“Recycle Me”: Colgate-Palmolive encourages consumer recycling in US with breakthrough toothpaste tubes

Colgate-Palmolive is releasing recyclable toothpaste tubes in the US featuring bold designs to raise recyclability awareness. The tube was previously approved by... Read More

Symrise is launching SymProBiome, a microbiome research and product development platform. It will collect data and provide manufacturers with an in-depth understanding... Read More

Sustainable materials producer Dow is advancing toward 100% recyclable packaging by 2035 with the commercialization of an aluminum-free, recyclable toothpaste... Read More