You are in : All News > Progress on banning animal testing in Europe for good is stalling, warns Unilever

Progress on banning animal testing in Europe for good is stalling, warns Unilever 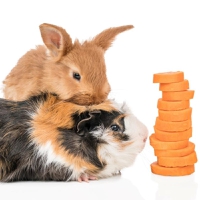 04 May 2022 --- On the fourth anniversary of the global ban on animal testing for cosmetics enforced by the European Parliament, Unilever is flagging that the issue of animal testing is going “backward.”

Unilever flags this as a “mismatch” that needs to be addressed.

“Unfortunately, progress is now not just stalling, it’s also starting to take a backwards slide. Despite the European Parliament’s consistent leadership on this issue, separate regulations for cosmetics and chemicals in Europe are contradicting each other. The former bans animal testing, while the latter requires animal testing in many circumstances,” flags Unilever in a statement.

“Until policymakers accept the leading-edge application of new approach methodologies (tests that don’t use animals), we’ll continue to advocate strongly for the regulatory changes needed to uphold the EU’s legal requirement that non-animal approaches are used if available,” asserts the FMCG giant.

“And on behalf of consumers, Unilever and our 31 People for the Ethical Treatment of Animals (PETA)-approved brands will continue to speak out.”

“In the rare event that the safety of a cosmetics product or ingredient cannot be demonstrated using non-animal methods, it should simply not be used,” asserts Baines.

New animal tests are being encouraged 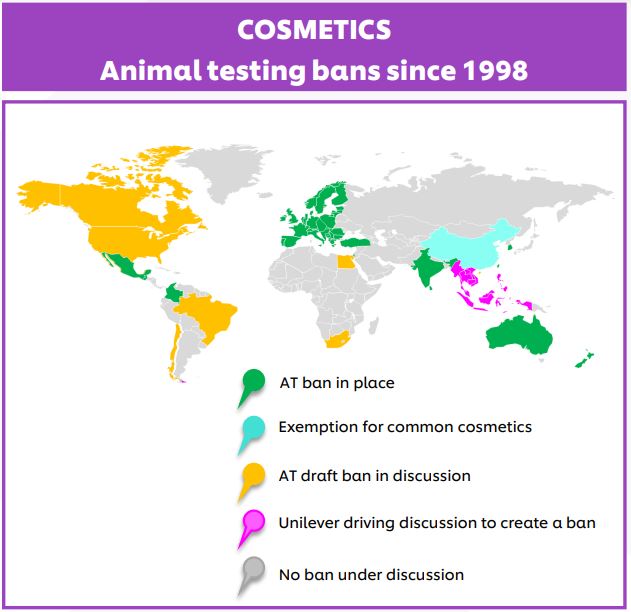 Unilever finds that 74% of EU adults agree that animal testing should be banned for cosmetics products and their ingredients. Credit: Unilever.
The issue worsens as the European Chemicals Agency (ECHA) urges new animal tests. The beauty and personal care giant argues, saying the new tests are unnecessary as the ingredients have a “long history of safe use.”

Baines explains: “With the EU ban on cosmetics tests on animals came the promise of a Europe in which sentient beings no longer suffer and die for the sake of cosmetics.”

“That promise has been broken.”

“The ECHA continues to demand new tests on animals for chemicals used exclusively as cosmetics ingredients under EU chemicals regulation. It’s claimed that the tests are needed to demonstrate safety for workers who manufacture or handle the substances, yet many of them have been used safely for decades,” she says in agreement with Unilever.

It was just in May 2018 when the EU Parliament initiated a global ban on animal testing and in September 2021 when the majority of the members of the Parliament voted to support the phasing out of animal experiments in the EU.

“Shamefully, this policy, which goes against the wishes of the public and the intention of legislators, completely undermines the animal testing ban,” adds Baines.

The company has expressed support for the ban as it aligns with its socially responsible Positive Beauty strategy: “In beauty that not only does less harm but also does more good.”

Laying groundwork for next-generation assessments
Unilever summarizes its approach to testing the safety of cosmetics with the slogan “use science. Not animals.”

It believes: “At the very center of the issue is the EU chemicals legislation that determines how the safety of chemicals for people and the environment are assessed.”

To find an alternative to animal testing while prioritizing the safety of humans and the environment, Unilever uses and develops scientific research and testing that does not require animal testing to ensure product safety.

“Modern approaches incorporating the use of cutting-edge tools like three-dimensional tissue models and advanced computer simulations are now used routinely to assess the safety of cosmetics without harming animals,” shares Baines.

“The next-generation, non-animal safety assessments now provide significant benefits over animal-based approaches, some of which date from the first half of the last century,” explains the company.

Scientific advances for alternatives
“Modern science enables us to predict how an ingredient, or a combination of ingredients, will interact with human biology in ways that tests on rabbits or rats simply can’t,” continues Unilever. 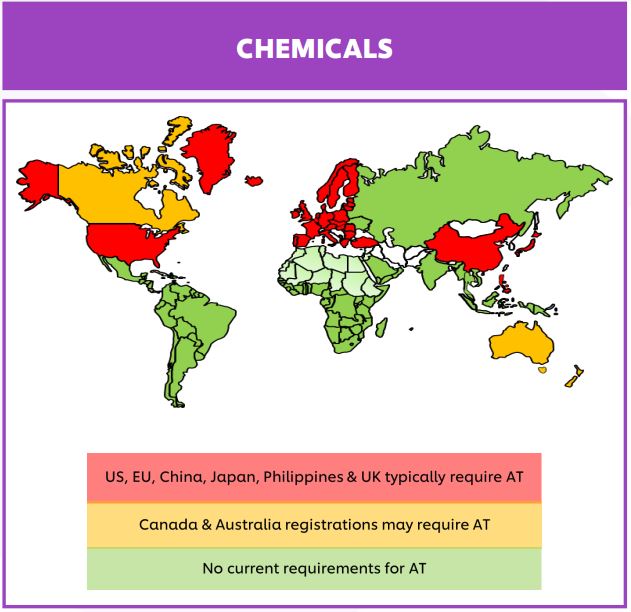 Additionally, Unilever stresses that a scientific approach allows researchers to predict the impact chemicals would have if they contaminated the environment. So, prediction enables the company to factor in the planet’s safety and that of other organisms.

Partnering for collective voices
Unilever has found a stronger voice with its increasing partnerships between scientists and experts over the past five years.

It finds that 84% of surveyed adults would not buy a cosmetic if they knew it (or one of its ingredients) had been tested on animals.

Unilever has partnered with the US Environmental Protection Agency to develop scientific approaches further to assess the safety of chemicals used in its products. The company also works with researchers in the EU ToxRisk program, propelling the turn toward non-animal testing.

Additionally, Unilever scientists regularly discuss non-animal safety approaches with regulators and other scientists based in China.

Renowned accreditation from People for the Ethical Treatment of Animals (PETA) started in 2018 with Dove. Currently, 28 Unilever brands are PETA-approved. Further science-based partnerships reach up to 70 groups – working toward non-animal safety testing.

Unilever researchers also published a paper last year arguing for a shift in the ways chemicals are assessed for regulatory and safety purposes. The report focuses on “closing the gap” between REACH and the EU Cosmetics Regulation by providing non-animal safety science.

EU and global stances on the ban
In 2013, the EU proposed a ban on animal testing; 41 countries followed suit and did not allow animal testing for cosmetics. 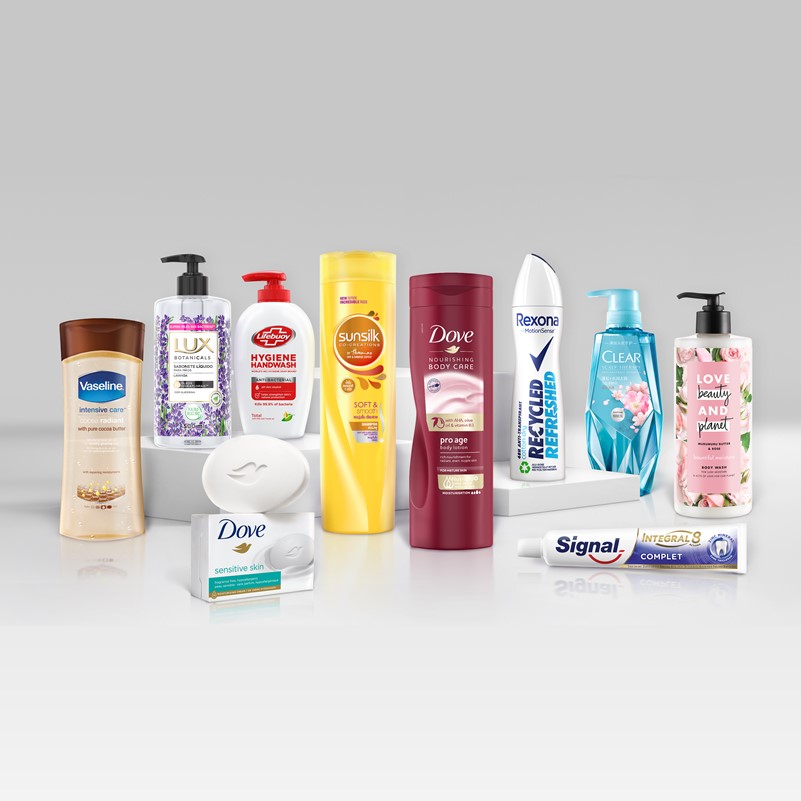 “Since the 1980s, our scientists have been developing and using animal-test alternatives, e.g., computer modeling and cell culture-based experiments,” says Unilever.

Secondly, it has enacted a marketing ban on finished cosmetic products and ingredients in the EU tested on animals.

The petition received more than 100,000 signatures in ten days, with over 90% positive consumer sentiment on Dove’s call for petitioning against animal testing.

This year, the company continues to advance beauty tied to social concerns with its open call for “biodegradable and sustainable” beauty solutions.

Dr. Janneke Hogervorst, science advisor to PETA, previously spoke with NutritionInsight on how the progress by the EU Cosmetics ban on animal testing is being undermined by REACH, which demands animal testing for cosmetics ingredients, vitamin and supplements additives. The same regulations also led to the ban on almost every form of tattoo ink used in the EU.

“Companies have the option to choose ingredients that have not been tested on animals, and if they do, they can join PETA US global “Beauty Without Bunnies” list,” suggests Baines. “Companies can also lend their voice to animals by supporting the “Save Cruelty Free Cosmetics” European citizens’ initiative.”

“To keep cruelty off bathroom shelves and out of make-up bags, beauty brands must engage with their suppliers on chemicals testing requirements.”

Unilever’s Beauty & Personal Care segment marked a 7.5% sales growth in the first half of 2022, against high inflation. Price was a key driver for growth... Read More

Unilever scientists are researching ways to stimulate the skin’s organic ceramide-producing mechanisms so that it can mend itself. It has partnered with IBM and... Read More

Unilever is urging the EU to deliver consistency between chemical regulations and the 2013 ban on animal testing for cosmetics amid concerns that production loopholes... Read More