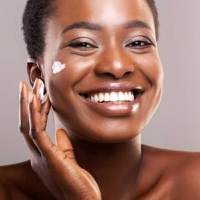 18 May 2022 --- Cosmetics giant Shiseido is zooming in on epidermal cells, finding that magnesium ion (Mg2+) promotes the production of hyaluronic acid, which maintains skin moisture. Simultaneously, it was uncovered that Mg2+ induces “spermidine synthesis,” an antioxidant activity that reduces damage caused by UV rays and oxidative stress.

“We will widely apply these results to our skincare product development. We will also continue our research on minerals, widely present in nature and play an important role in maintaining human health,” affirms Shiseido.

“We will apply these findings to beauty innovations that help people realize healthy skin.”

The discovery of Mg2+ effects on the epidermal cells was made by collaborating with Gifu Pharmaceutical University.

Magnesium in the pipeline
The research indicates possible skincare solutions with magnesium at the center of attention. 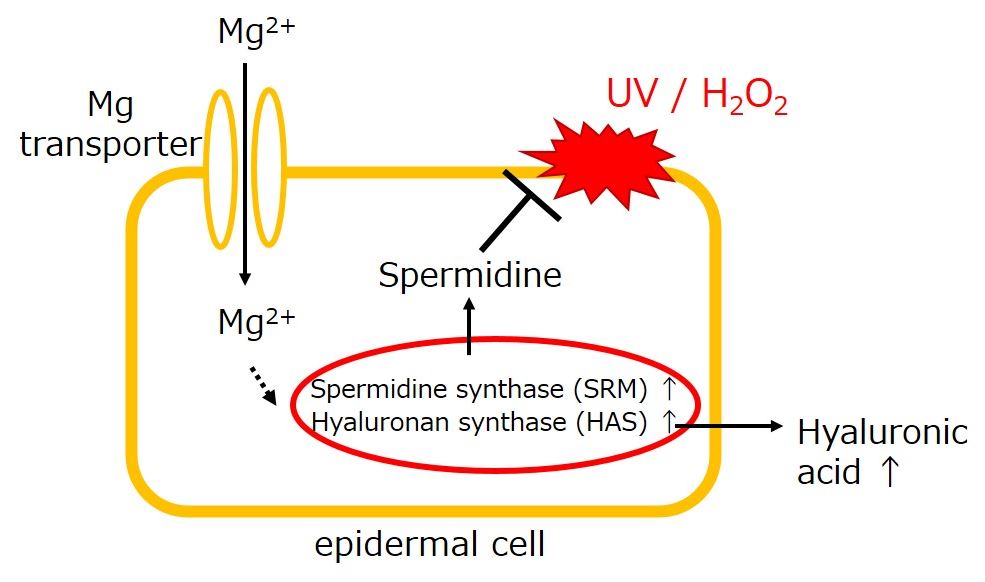 The antioxidant properties were discovered when researchers searched for substances affected by Mg2+ in the epidermal cells.

Magnesium is a naturally abundant mineral in the body and in foods essential for maintaining human health. “[Mg2+] is an auxiliary factor for more than 300 enzyme systems that control various biochemical reactions in the body,” explains Shiseido.

In the company’s previous research, it had found that magnesium helped restore the skin barrier.

Magnesium transporters are reportedly involved in some skin diseases, shares the company. 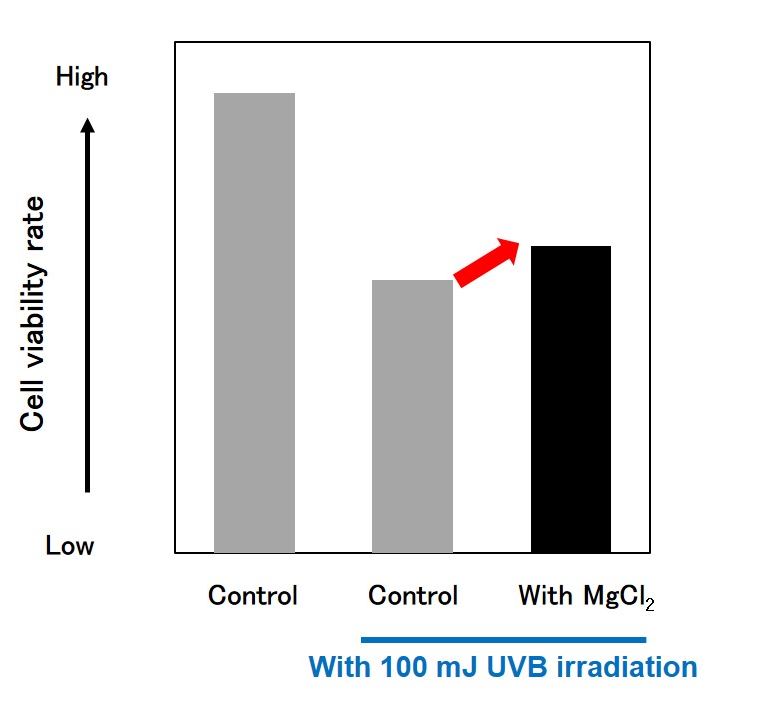 Shiseido cultured epidermal cells in a medium supplemented with MgCl2 and found that the expression of hyaluronan synthase was elevated.
The supplementation of MgCl2 elevated the expression of spermidine synthase, “a type of compound called polyamine necessary for the body, involved in many cells’ growth, proliferation, and function.”

Spermidine synthase is also known to have antioxidant properties.

The antioxidant properties were discovered when researchers searched for substances affected by Mg2+ in the epidermal cells. Microarray was used to analyze changes in the expression of genes in a sample.

Earlier this week, Shiseido created Shape-Shifting HA Technology to control the volume of HA for deeper penetration into the stratum corneum after application. It found that adding magnesium ions “dramatically increases” HA penetration by shrinking it, and the addition of sodium metaphosphate HA is restored to its original properties.

“We will continue our research in a bid to provide products and services that bring out the natural beauty from both inside and outside the skin by clarifying the skincare effects of magnesium, a mineral that is abundantly present in foods and other areas in our daily lives,” comments the company.

This week in personal care news, Kao expanded its synthetic fragrance production facilities in Spain to strengthen its fragrance business in Europe. The Estée... Read More

Boulevard announces that it has raised US$70 million in Series C funding led by Point72 Private Investments. Boulevard will be able to enhance its investment in... Read More

The French luxury brand Pier Augé’s Chinese business was acquired by S’Young Group, which also finalized its investment in the brand. These strategic... Read More

Tadashi Yanai, a Japanese billionaire and owner of Fast Retailing, parent company of Uniqlo, has committed US$80 million in a skincare deal with Tropicslab, a... Read More